Are there any differences between Indian and Mediterranean cuisines? Before that, there’s no denying that there is a lot of cuisine or food all over the world, with each region having its exceptional dishes.

Mediterranean and Indian food are the two main features of today’s post. I will compare these two dishes and determine the differences to know which one is ideal for you. So, without further ado, let’s start.

What is the Difference Between Mediterranean Food and Indian Food?

Mediterranean cuisines focus on foods using vegetables, healthy fats such as olive oil and canola oil, alcohol in moderate amounts, poultry, and fish instead of red meat, which is regarded as a balanced healthy diet. They also focus on pronounced flavors as well as sample preparation.

Essentially, Mediterranean food is made up of plant food and processed staples, where spices and herbs are vital components. Usually, there are a lot of veggies, fruit, grains, legumes, olive oil, and aromatic herbs.

In comparison, Indian food uses a blend of an array of spices to make the exceptional flavor of their cuisines. Their cooks are extremely aromatic and exceptionally tasty as a mixture of spices like pepper, turmeric, and more. Indian food makes it exceptional due to its healthy ingredients. The secret behind the popularity of Indian cuisine is the pairing of contrasting elements.

Indian cuisine is a tasty cuisine rich in flavor and taste. The spices utilized in preparing Indian food are what make it incredibly flavorful. Curry powder is the most popular spice that gives virtually all of their recipes an aromatic blend. Indian food differs from one area to another, so you can find many dishes depending on where you are living or visiting.

Also, there are other spices used, like cumin, cloves, coriander seeds, chili pepper, or turmeric. Curry is the most popular cuisine in India; it is a thick spicy gravy based on meat or vegetables added and is usually served with naan bread or rice.

It can be consumed as a vegetarian or with lamb, chicken, shrimp, or fish. Curry is derived from India but has spread all over Asia and other regions like America and Britain, which is now extensively enjoyed by people all over.

Other popular Indian cuisines are fried pastries filled with tomatoes or samosas, different forms of dal soup, and rice.

Lamb and chicken are the main options of meat in Indian cuisine, as beef and pork are prohibited among Islam and Hindu communities, the two most prominent religious groups in India.

Aside from being a popular destination, the Mediterranean is also popular because of the diverse weather, from high mountains to remarkable beaches. This diversity leads to different food staples and cuisines which are exceptional to their setting.

Even if there are a lot of similarities in cultures like hummus, pita bread, kebab, falafel, and tabbouleh, each country produces its specialties based on what they grow or what is available in the local markets.

For instance, Lebanese food depends significantly on wheat products, while food in Egypt uses rice as its main ingredient. Some popular ingredients and spices like lamb, mutton, camel meat, chicken, goat, garlic, cumin, and parsley give each food its signature flavor profile.

There are a lot of differences between Mediterranean and Indian food, which make them exceptional in their ways.

In general, Indian food is spicier than other cuisines, which include Mediterranean food.

Indians are likely to utilize lots of pungent and hot spices like cinnamon, chili pepper, cumin, garlic, and turmeric in their foods which coat their dishes with vivid color with a spicy and bolder taste.

Olives and olive products are Mediterranean cuisine staples. So, this region usually uses olive oil to prepare its cuisine. However, Indian cooks with ghee or butter as the primary cooking fat.

Mediterranean cuisine is a healthy choice because it includes an array of seeds and nuts like cashews, almonds, hazelnuts, and pecans packed with lots of essential nutrients. Meanwhile, Indian cuisine features more grains, particularly wheat and rice, which are often rich in carbohydrates.

Mediterranean flatbed is eaten with kebab meat, whereas Indian flatbread is served with curries. You can find flatbread in both of these cuisines. But the way people utilize their bread is different. Indian people use flatbread as an edible utensil. They tear apart the bread and use the small pieces to scoop up soups or other foods.

Meanwhile, people in Mediterranean countries enfold their flatbread over different ingredients like vegetables and grilled meat to serve.

Mediterranean countries seem to have a special affection for meat dishes. They consume different types of meat like mutton, goat, camel meat, chicken, and lamb. However, Indians serve more vegetarian foods, and this country is renowned for having the highest vegetarian population.

Are there Similarities Between Mediterranean Food and Indian Food?

Despite the differences mentioned above between the two cuisines, these two also share many similarities. Even if they come from different parts of the world, Mediterranean cuisine and Indian cuisine have a lot in common. The ingredient might differ a little bit, but the main theme of these cuisines is to utilize the freshest ingredients possible, along with herbs and flavorful spices.

Each food has a different taste due to the native flavors of India and the Mediterranean regions. However, taking closely, there are a lot of similarities in the ingredients and preparation in terms of these two remarkable and healthy food cultures.

Both Mediterranean and Indian good revolves around using vegetables and ripe fruits, rich as well as flavorful sauces, dips, and soft oven-baked bread. The succulent and different flavors of their foods mirror the culture of their unique recipes, and the overall diversity pays homage to all the surrounding influences of the two regions.

Beef and pork are banned in India as of their religious restrictions. However, Mediterranean food prefers poultry and other healthy red meat, such as camel or goat, as they want to reduce the saturated fat and cholesterol consumption from traditional red meat like beef and pork.

Upon reading this article, we hope you have a great idea of which food is best for your palate.

If not, worry no more! 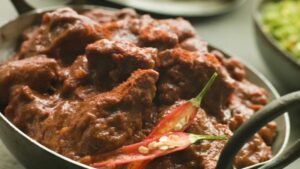 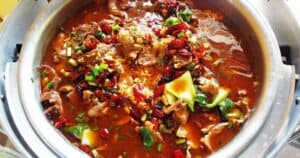 Is Cantonese Food Spicy? 10 Dishes to Try for Spicy Lover 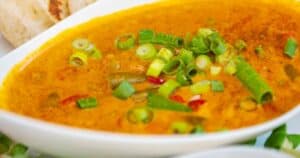 Does Curry Have Gluten?