Ghost peppers are among the global class of super-hot peppers and are sometimes used as a local preservative. However, can strong spices get spoiled, or do they dry up? Also, how can you distinguish between a spoiled and a dry ghost pepper? This article will find out all about the difference between dried and spoiled ghost pepper. So, without further ado, let’s get started!

When fully ripened and mature, Bhut jolokia, popularly known as ghost pepper, has a thin, wrinkled reddish skin. Dried and spoiled ghost peppers look alike because they share the same wrinkled and dull-coloured skins that have lost some plant part integrity (turgidity).

It is pretty easy to tell when fresh ghost peppers are in good condition because they appear full of life despite their shriveled and wrinkled skin (reasonably turgid). The reason is that their moisture content causes them to maintain their bright color and subtle succulence. So they are generally more attractive.

However, when you dry the ghost peppers, they lose their bright colors and appear dull. Additionally, their shriveled skin takes on an older appearance causing you to doubt the freshness and viability of the pepper.

How Can You Tell When Your Ghost Peppers Have Gone Bad?

On the other hand, dried ghost peppers have more subtle signs of spoilage because they look spoiled even when they are not. Interestingly, ghost peppers are intense, so people dry them to extend their shelf life so that they can last longer.

Therefore, identifying spoiled ghost peppers, especially when dried, will save you from ruining your recipes.

Here are a few signs that mean your ghost peppers are unsuitable for use.

You probably will not experience any health challenges from eating spoiled ghost peppers. However, it can compromise the taste and integrity of your food. As a result, proper storage conditions are essential, particularly for fresh ghost peppers. The reason is that dried ghost peppers survive different conditions as long as they stay dry.

Although ghost peppers are pretty tough, they can quickly go bad if not properly stored. Whether you are a commercial dealer or using them privately, you should know how to store ghost peppers to retain their essence correctly. Additionally, not all ghost peppers are stored under the same conditions. Also, processing affects the method of storage.

Below is a table to guide you when keeping fresh ghost peppers and how long.

How Hot Are Dried Ghost Peppers Compared to Fresh Ones, and Which Is Better To Use?

The loss of moisture helps the dried ghost peppers last longer because dehydration slows down and possibly eliminates the decay process associated with fresh ghost peppers. Due to the higher concentration of capsaicin, dry peppers are hotter.

Your choice to use dried or fresh pepper is entirely up to you and depends on what you want to do and what flavor you want to achieve. If you’re going to retain the fruity flavor of hot peppers, the fresh ones will be better for you. However, if you need a more earthy, smokey and intense flavor, you should go for the dried option.

Here is a table summarizing the difference between fresh and dried ghost peppers.

Fun Fact: Dried ghost peppers have a shelf life of about one year under proper storage conditions. They can quickly lose their spiciness and heat with little exposure to air, which is not suitable for refrigeration.

What Happens to the Heat of Ghost Peppers When Dried?

Is It Possible for Dried Ghost Peppers To Get Spoiled?

Even Though dried ghost peppers are expected to last long, they are not immune to spoilage because they are organic materials. Drying extends the pepper’s shelf life, and poor storage conditions can cause them to go bad. Spoiled dried ghost peppers lose their flavor and heat.

What Is the Best Method for Preserving Your Ghost Peppers?

The best way to preserve your ghost peppers depends on whether they are fresh or dried. If they are fresh, you are better off keeping them in a plastic bag to control moisture and storing them in the refrigerator. However, if they are dried, you should keep them in airtight containers in a cool, dried and dark place.

Fresh ghost peppers are easily identified when spoiled because of their noticeable rotting due to moisture content. The difficulty in identifying spoiled ghost peppers begins when they are dried. The reason is that unless dried ghost peppers are processed into powder, they look spoiled. Therefore the easiest way to tell the difference is to pay attention to their flavor and heat. Any ghost peppers stored beyond their expected shelf life are as good as spoiled. 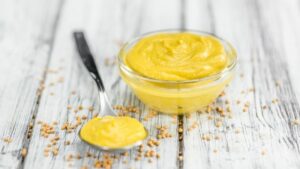 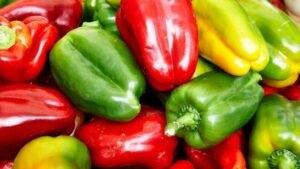 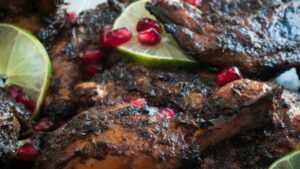