Ghost peppers are the best partner if you want something spicy. It is also called “Naga Morich” or “Bhut Jolokia” and is among the world’s hottest peppers. It turns fiery red when ripe.

If you’re planning on growing ghost pepper, you should know when to pick ghost peppers. It is easy to know the best time for harvesting them. Once they ripen, they will turn red from green, so that’s the time I pick the ghost peppers.

When is the best time to harvest ghost peppers?

Ghost peppers take around 100 to 120 days to mature from germination. Once it becomes ripe, the green color turns red, which means they are ready to be picked. Ripe ghost pepper can be around 1 1/2 to 2 1/2 inches long.

You should be careful in picking ghost peppers since they are incredibly spicy. When using your hands, don’t hold the pepper too tightly or squeeze it since it can release capsaicin which can burn you. Make sure to wear rubber or gardening gloves to protect your hands. You can snip them off instead of pulling them off.

Red ghost peppers can ripen from green to bright red when it becomes mature. It means you must wait for the ghost pepper to change its color before harvesting it. It can be fully ripened in 7 to 10 days if it begins to change color. However, it can depend on the weather.

How to harvest ghost peppers?

If you’re unsure how to pick ghost peppers safely, don’t worry; I will offer you some tips. The outer skin of the ghost pepper doesn’t contain capsaicin, so it is possible to pick them up with your bare hands. However, it is still safe to wear gloves to avoid capsaicin from getting to your hands.

You can apply the following tips when picking ghost peppers:

Can you harvest ghost peppers before they ripen?

There’s always a time when some unripe peppers are left on the plant. Well, you can harvest the ghost peppers early. You can eat unripe ghost peppers, but expect that they have less sweetness and less heat. So, if you want the best taste, you should wait for the peppers to ripen.

Does a ripe ghost pepper hotter?

As you grow ghost peppers, you want them to be spicy. According to studies, ghost peppers produce optimal capsaicin levels about 45 to 50 days after fruit set. Then, after that, the level of capsaicin was reduced. With this, the ghost pepper can be at its hottest around 6 weeks after setting fruits.

How to grow hotter ghost peppers?

If you want to grow hotter ghost peppers, you should consider my tips below.

You should reduce watering once the fruit forms to boost its capsaicin levels.

A warm climate can help in growing hotter peppers. Warm nighttime temperatures can help too. You can warm your peppers using a greenhouse during fall.

Can ghost pepper continue to produce?

Maybe you’re wondering whether ghost peppers can continue producing after your harvest. Or you think that the plants die after they fruit. Fortunately, ghost pepper has a perennial nature. It means that it can live for several years and produce lots of flushes of fruits.

However, you should remember that it needs warmth, nutrients, and enough sunlight to produce a robust harvest. Freezing weather can kill ghost peppers. You can overwinter your ghost pepper if you don’t want it to die.

Aside from harvesting ghost peppers, it is also good to know the growth stages of the plant.

Ghost pepper starts to grow slowly. They develop the first sets of leaves and the root system in this stage. The peppers are still fragile, so you should store them under grow lights for about 14 to 16 hours daily.

Once the seedlings are alive for 3 to 4 weeks, you can transplant them to larger containers. Make sure to transplant them at the right time to prevent root-bound plants. It can also keep consistent and quick growth. The stage length can depend on the container size. Smaller containers can result in earlier flowering.

As the ghost peppers achieve mature size, it starts to produce flowers. The flower will become fruits, so it is better to have more buds. Pollinators, including flies and bees, can fertilize the flowers and start fruiting. Usually, the fruits can take about one to two weeks before reaching their full size.

Once the ghost peppers turn to their full size, they will start the ripening process. Your patience will be tested in this stage because the fruit can take 4 to 6 weeks before it changes its color and become ripe.

What are the varieties of ghost peppers?

This variety is the most popular. It is considered among the hottest ghost chilies. It has a smokey flavor with a bit of fruity aftertaste.

It was the organic relative of the red ghost pepper. Its taste is similar to the red variety. The pod ripens from green to yellow.

The green ghost pepper is the immature form of the red ghost pepper. It comes with a grassy taste with floral and fruity notes. The Green version doesn’t have a similar heat level to the red, but potency can be present if you eat them.

The peach ghost pepper is also a natural mutation of the red version. It has longer pendant pods compared to other varieties. The pepper’s average length is about 4 inches, and 6 inches is the largest. The pod begins as green and turns into a pinkish peach color. Leaving them on the vine can potentially turn it orange. This pepper has a balanced, fruity aftertaste.

It is another organic offspring of the red one. It has a long germination time of about 6 weeks. However, it’s worth it because it can offer you with smoky, delicious flavor. It has a similar heat level to the red ghost pepper and is aromatic. It has a sweet aftertaste.

The purple ghost pepper has smaller pods than other varieties. It may become deep purple and turn red if left on the vine. To get the purple color, it should be exposed to direct sunlight. Purple is not as hot as the red one. It is comparable to the heat of the orange habanero.

It is the most prolific grower. The orange variety’s heat level is the same as the red ghost pepper. It has a citrus-like flavor making it the best for hot sauce.

It is a rare variety and natural variant of the red ghost pepper. It is a heavy producer of pods with high heat and a slight citrus flavor. 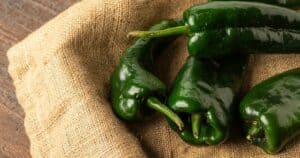 When to Pick Poblano Pepper? (Best Time To Pick) 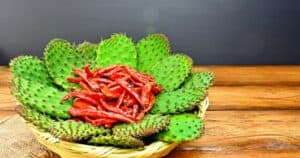 When to Pick Chile de Arbol? (Best Time To Pick) 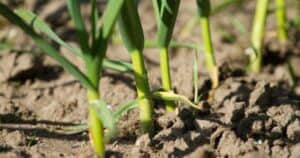 When to Pick a Garlic? (For Best Quality)