Daily consumption of ghost peppers throws your nervous system into crisis, thus triggering several neurological and biochemical responses that lead to undesirable effects in the body. It activates your body’s fight or flight adrenal functions because the high levels of capsaicin trick your body into thinking that it is on fire and in danger. However, these responses depend on the quantity that you consume.

Is It Safe To Eat Ghost Peppers Every Day?

Ghost peppers, also known as Bhut jolokia, are entirely safe to eat as long as you do not consume more than 1/50th of your body weight. The ghost pepper is a hybrid hot chili species that contains high capsaicin levels (the plant chemical responsible for its hotness).

Essentially, the economic importance of ghost peppers related to human consumption depends on the quantity and how you consume them. Therefore, if you eat ghost peppers daily in little portions and as part of your food flavoring, you are unlikely to have any problems unless you are allergic to ghost peppers.

On the other hand, if you pop raw ghost peppers into your mouth, you will only get the feeling that your whole body is on fire. Your body will try to salvage the false heat sensation by triggering several biochemical and neurological reactions, which include but are not limited to:

After about 30 to 45 minutes of intense heat and discomfort, you will undoubtedly feel some relief. However, if you eat more than one raw ghost pepper at once, you will probably experience twice the pain of eating just one ghost pepper.

More importantly, you should ensure that you do not have any ghost pepper allergies before you eat them to avoid experiencing more brutal conditions like anaphylaxis.

Fun Fact: capsaicin is actually a neurotoxin and, in large concentrations, can cause lethal situations like seizures, heart attacks, and in extreme cases, death.

Can Eating Ghost Peppers Kill You?

Although excessive consumption of ghost peppers is dangerous and not advisable, they cannot kill in the true sense of killing. The reason is that you require a heavy dose of capsaicin to die from eating ghost peppers.

For instance, according to research by the Chili Pepper Institute published in the Journal of emergency medicine, you will have to eat about 1/50th of your body weight of ghost peppers to die from capsaicin overdose.

The capsaicin in ghost peppers can cause severe inflammation to the nerve endings and receptors when consumed in high amounts. Essentially, the affected nerve endings in response to the burn instigate the release of biochemicals within the body that can create situations similar to anaphylactic shocks in susceptible persons.

Fortunately, the amount of capsaicin needed to cause such devastation is way higher than the amount in a ghost pepper.

Fun Fact: Ghost peppers are so hot that they are weaponized in India to produce ghost chili grenades.

What Are the Dangers of Excessively Consuming Ghost Peppers?

As a result, you may discover that your taste buds can no longer actively detect taste, causing you to require excess salt, sugar, or flavoring in your meals.

It May Cause Possible Stomach Discomfort

Capsaicin is a strong organic irritant to smooth muscles and internal or mucosal linings. As a result, excessive consumption of ghost peppers may irritate the stomach linings leading to IBS (irritable bowel syndrome).

Even though several schools of thought claim that ghost peppers have the propensity to cause stomach cancers, such claims have not been scientifically and medically verified. However, it is safe to consume ghost peppers in small quantities in the interest of your overall health and quality of life.

How Do Different Body Parts Respond to the Consumption of Ghost Peppers?

Your mouth is not the only organ affected when you eat ghost peppers. Essentially, the capsaicin in ghost peppers sends waves of pain to other parts of your body.

Here is a table showing essential body parts and how they respond to capsaicin when eating ghost peppers.

What Happens to Your Body if You Consume Raw Ghost Peppers Daily?

Daily consumption of raw ghost peppers creates a constant feeling of your body being on fire. In severe cases, you might experience headaches, heartburn, stomach disorders like ulceration of the stomach linings, vomiting, and nausea. These symptoms are due to excessive consumption.

How Do You Neutralize the Burn After Eating Ghost Pepper-Flavored Foods?

The capsaicin contained in ghost peppers is not water-soluble. Therefore, drinking copious amounts of water will not quench the burn. Instead, ghost pepper-flavored foods should be accompanied by milk-based products like cheese or drinks like milkshakes because of their casein content.

Eating ghost peppers does not directly cause stomach ulcers. However, they can cause significant damage to your stomach linings, leading to stomach ulcers. Also, ghost peppers can aggravate existing stomach disorders like peptic and gastric ulcers, acid reflux, and irritable bowel syndrome.

The safe and recommended daily consumption of ghost peppers is only within the context of using them as food flavoring or seasoning. So even though ghost peppers are nutritious and possess some health benefits, there is hardly much rationality in eating raw ghost peppers every day. 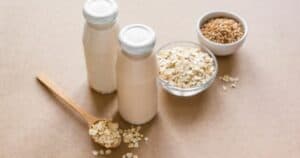 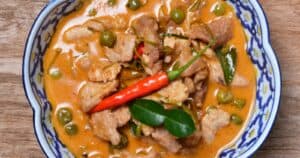