If you’ve heard of the One Chip Challenge, then you probably have an idea just how painful the experience of eating one is—a chip, that is. Eating an entire Carolina Reaper is far from easy for many. Now imagine how exponentially more painful it is than just a chip laced with some of the spice.

The rest of this article will take you through the stages of pain that follow eating a Carolina Reaper. You’ll also learn the science behind the pepper’s well-publicized ability to cause intense pain and attempt to describe how painful it is to eat. Keep reading.

The Carolina Reaper Can Cause a Lot of Pain

The Carolina Reaper was first propagated by Ed Currie of the Puckerbutt Pepper Company. It got its name because it was bred in a greenhouse in South Carolina. Currie crossed a Pakistani Naga with a Red Habanero to produce the Carolina Reaper.

The Carolina Reaper Is Packed With Capsinoids

Capsaicinoids have evolved to inflict pain. They are defensive alkaloids that the plant uses for self-preservation as they deter mice, squirrels, and other rodents from eating the fruit, thus ensuring its survival.

The Capsaicinoids Bind To Heat Receptors

However, once the capsaicin binds to the receptors, it reduces the activation temperature to 93°F (34°C), which is lower than the body temperature. The warmth in the mouth creates a burning sensation that intensifies as seconds pass.

Pain Signals Are Sent to the Brain

A neuropeptide that signals pain, known as Substance P, travels to your brain. Once the brain receives these signals, it sets off a cascade of defensive biological reactions that make you feel even worse as your body responds to the deluge of capsaicinoids unleashed on your tissues.

Other Organs Also Have TRPV1 Receptors

Swallowing the pepper unleashes capsaicin on these tissues, causing panicked pain and crying. Some people experience severe stomach cramping and vomiting following the ingestion of the dreaded pepper. It is unclear if the vomiting is caused directly by the pepper or by the heightened state of stress induced by the pepper’s potent spiciness.

People who have tried the Carolina Reaper generally describe the pain in the throat as being the worst.

Other Bodily Reactions Increase Sensitivity to the Pain

The stimulated TRPV1 receptors mobilize a protein known as aquaporin 5. Aquaporin 5 increases saliva production. This is your body’s way of diluting and washing out the substance sending out pain signals.

At this point, your cheeks, forehead, and neck begin sweating profusely. It’s a phenomenon known as gustatory sweating, and it’s a response to the consumption of certain foods. Sweating is also your body’s way of cooling down your system since your brain is being bombarded with heat signals from your TRPV1 receptors.

Profuse sweating can add to the general feeling of unwellness and may increase sensitivity to pain. At this stage, the capsaicinoids have quickened your metabolism as it is known to have that effect. This is why many diet supplements contain capsaicin.

If you’re interested to know more about the specifics of capsaicin’s effect on metabolism and weight loss, click here.

Stages of Pain Caused by the Carolina Reaper

Different peppers cause different qualities of pain. Some peppers cause sharp barbs of heat at the top of your tongue, while others have a less abrupt onset that gives a sensation of warmth at the back of the throat. The Carolina Reaper’s unique brand of pain happens in stages that begin soon after the first bite.

The first bite is harmless, almost immediately causing you to let your guard down. Without the spiciness, the pepper itself is pretty sweet. And that’s the first thing your taste buds detect: sweetness. But that sweetness is short-lived and prefaces the longest 20 minutes of your life.

The Onset of the Burn

Seven seconds after biting into the pepper’s pulp and unleashing all those capsaicinoids, the heat creeps in. The more capsaicinoids bind to the TRPV1 receptors, the more intense the heat becomes. Before you know it, the slow burn has set your mouth ablaze.

The Spread After the Swallow

By the fifteen-second mark, the troop of capsaicin has started to descend your esophagus, bathing the back of your throat with the Reaper’s trademark heat. The capsaicin continues its descent into your stomach, where it causes more mayhem. Some people experience what feels like heartburn at this stage.

You start sweating up a storm between the 20-second to the 35-second mark into this hellish encounter with the Reaper. Tears have also been known to pour. At this stage, all your bodily reactions enhance your sensitivity to pain as you are experiencing the heat in places you are unaccustomed to, at a level you don’t get with a brave and generous sprinkle of Tabasco.

The Reflexes Kick In

One minute into this nightmare, your reflexes kick in. You panic and start gulping down whatever liquids you can find with the hopes of drowning all those pesky capsaicinoids. If you’ve planned for this ill-advised date with the Reaper, you’ll have prepared milk or yogurt to help quell the burning in your mouth and downstream of your digestive tract.

The Peak of Pain

Pain peaks at the two-minute mark, and this will last four to five minutes. At this stage, the pain feels unbearable and agonizing. You start to question your decisions in life and what could have possessed you to put a notoriously spicy pepper in your mouth on purpose.

When you reach the ten-minute mark, your mouth will feel singed, like you took an impatient bite into scalding-hot pizza. You’ve made it through the worst of your pain by this time. And, you start to feel hopeful that you will live to tell your tale of the Carolina Reaper.

Twenty minutes after the explosion of capsaicinoids into your mouth, the heatwave is finally over. You’ve survived. But that’s not the end of that. Some people feel lingering aftereffects of the capsaicin bomb that detonated on their TRPV1 receptors. People have reportedly experienced painful stomach cramping even hours after the end of the heatwave. 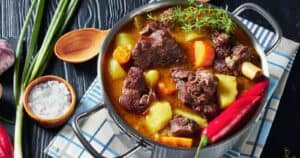 Is Jamaican Food Spicy? How Spicy Are They? 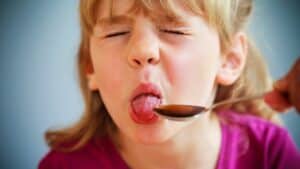 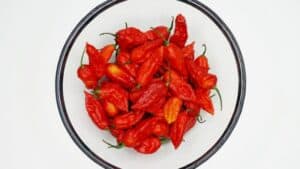