Hot chilies are numerous, hot chilies are everywhere, and they’re constantly breaking hotness and hype records. Chefs use these chilies to make sauces to up their dishes. Most agree that hot peppers make any meal better. In the thriving world of hot chilies, Ghost peppers vs Carolina Reaper peppers is like DC Comics vs Marvel Comics all over again. It is a big deal!

The hotness of chili peppers is something they all have in common.Some people cannot stand the spicy kick of chilies, so may (or may not) be missing out. Let me help you peel away the rumors as Carolina Reapers and Ghost peppers battle it out in this article.

The Ghost pepper was the first chili to exceed a million Scoville Heat Units (SHU) and was named the hottest pepper in the world by Guinness World Records in 2007. Although a series of hotter peppers usurped it in 2011, Ghost peppers remain the hottest chili for some. It is also known as Bhut Jolokia (Bhut means Ghost and Jolokia means Pepper).

The Carolina Reapers, on the other hand, have held the Guinness World Record since 2013. Unlike the other ‘hottest chilies’ that emerged after the Ghost pepper with slightly higher Scoville units, this one has held the title for a long time. It has also maintained the people’s awe as a variation entered another full million units.

Ghost peppers average one million-plus SHUs. The hottest ghost pepper is about 416 times hotter than the mildest jalapeno pepper, which has an average of 5,000 SHU.

The heat can cause shortness of breath, sweating, watery eyes, a runny nose, and hiccups 30–45 minutes after eating. After 10 to 15 minutes, the burning sensation intensifies and lasts 30 to 40 minutes.

With approximately 2.2 million SHUs, the Carolina Reaper is currently the hottest chili in the world. It was initially submitted to Guinness World Records with an average SHU of 1,569,383, but broke its record by more than 71,000 points the following year. According to Winthrop University, it has an average of 1,641,000 SHU. It’s 175-880 times hotter than a jalapeno.

There are also bizarre contests in which people consume Ghost Peppers or Carolina Reapers.

The Carolina Reaper is typically 2–3 inches long and 1–2 inches wide. It has a bumpy and knotty texture, a pointy tip, and a distinctive scorpion-like tail.

The Ghost peppers look like regular peppers, with a long, thin body, a slightly pointed tip, and a curved tail. The only difference is that their texture is sometimes bumpy. Ghost peppers can be purple, yellow-orange, chocolate, and even white.

Some breeds have a smoother coat than others, while others have a rougher coat. Most of the time, it is 2.5 to 3.5 inches long and 0.5 to 1.2 inches wide, which is about the size of your thumb.

Despite the heat it packs in its small body, Carolina Reaper has a surprisingly fruity and sweet flavor. Most people use it for both flavor and heat, incorporating it into hot sauce, and it is also ideal in dried powder form.

Even though they taste a lot like the Carolina Reaper, Ghost peppers are said to have a strong fruity, sweet, and earthy flavor. It is also commonly used in hot sauces for its heat and flavor.

Ghost peppers originated in Northeast India (Manipur and Nagaland), where they were bred by locals in a new climate. It is a naturally growing pepper in the Capsicum Chinese family, which also includes Habanero, Scotch Bonnet, and Red Savina. It is also a hybrid of Capsicum Chinense and Capsicum Frutescens.

Conversely, the Carolina Reaper was created by Ed Currie, a South Carolina breeder and owner of the Pepperbuckett Company.

Aside from that, it has strong Capsicum Chinense characteristics.It’s a cross between Saint Vincent’s La Soufriere pepper and Pakistan’s Naga Viper pepper, and is twice as hot as Ghost peppers, but more on that later.

Growing these super hot chilies has been said to be rewarding for gardeners and the adventurous when they produce fruit.

How Can Ghost Peppers Be Made Less Hot?

You can do this by taking out the insides, but the capsaicin in these super hot peppers is also embedded in the flesh.

Is there Any Pepper Hotter Than the Carolina Reaper?

There are, indeed. According to rumors, Ed Currie has created a chili that is hotter than the Carolina Reaper, but he keeps it under lock and key and hasn’t shared it with the rest of the world. Dragon’s Breath and Pepper X are two examples.

No, eating extremely hot chilies will not kill you. Even though capsaicin can be overdosed, it would take a disproportionate amount of super hot chilies to cause an adverse reaction.

Ghost peppers and Carolina reapers are two super hot chilis that should be handled with caution. Pepper heads and regular chefs alike, on the other hand, seek them out to create dishes and recipes. Try these peppers in recipes and enjoy the flavors!

Is It Safe To Eat a Raw Carolina Reaper? 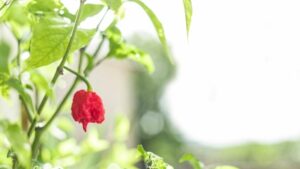 When to Pick Carolina Reapers (Best Time To Pick) 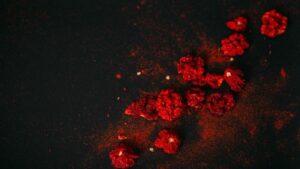