KFC, formerly known as Kentucky Fried Chicken until 1991, is a fast-food restaurant that specializes in fried chicken and a variety of other snacks. It is one of the most popular fast-food establishments globally, and it is a must-visit for all chicken lovers. A Zinger Burger is the most popular version of KFC’s classic fried chicken dish. So you may come to wonder how spicy KFC Zinger is?

The heat level of the KFC Zinger Burger comes from the cayenne pepper – which measures 30,000 to 50,000 SHU. This level of on the Scoville Scale is considered medium-spicy. So, if you enjoy your food with a bit more kick, this is the perfect level for you.

Crispy chicken thighs are served on a toasted brioche bun with a creamy burger sauce.  It is a favorite among teenagers and families looking for excellent, filling, and budget-friendly fast food.  So, if you want to learn everything about KFC Zinger, read further!

Well, The Triple Stacker burger is the spiciest KFC Burger. However, the heat level is perfectly calibrated in KFC Zinger Burger. It has been added to Kentucky Fried Chicken’s hidden menu. KFC has added a completely new meal in their app’s unique hidden menu.

The Triple Stacker is not for the faint of heart, with its fiery sauce, spicy flavor, and three times the protein. Three (yes, THREE) 100 percent chicken breast filets are covered in the unique Zinger flavoring and topped with fast-melting delicious cheese, supercharged sauce, smoky bacon, and chili.

Every KFC fan has been waiting for the Triple Stacker to arrive. ‘The new Secret Menu feature is not for the faint hearted,’ KFC warned.

Kristi Woolrych, KFC’s chief marketing officer, said the new menu item aspired to be a super-sized version of the company’s signature Zinger Burger. “We know how much Aussies adore a Zinger Burger, so it was only natural that we come up with something special for our ardent KFC Zinger fans,” she said.

‘We’re pleased to keep bringing fans new and innovative Secret Menu items, and we wanted to wow them with something truly unique. The Triple Stacker looks as huge as it sounds.’

If you enjoy spicy here are others menu in KFC for faint heart.

What Else Is On KFC’s Hidden Menu?

The fast food chain said earlier this year that it has launched an “unreleased delights” menu and will be releasing 11 new mystery items throughout the year.

Last month, fans of the KFC mobile app realized that the ‘Nug-A Lot,’ a burger with a chicken filet (yes, with the Colonel’s unique coating) and EXTRA chicken nuggets, had been added to their secret menu.

Previous secret menu items have included the ‘Slide Burger’ (Zinger filet with smoky bacon and sauce between flatbread buns), the ‘Zinger Chipster’ (chicken strips and chips in a wrap), the ‘Beese Churger’ (a zinger filet with cheese, mayo, and flipped burger buns), and the ‘Kentucky Snack Pack’ (fries loaded with popcorn chicken and a “fiery” sauce).

How To Get To The Secret Menu

There are hints in the KFC app, comments on the KFC Facebook page, and information in KFC email newsletters and on the internet.

Staff created the unpublished sweets as part of an internal competition years ago.

Customers who visit the KFC website are greeted with an automated message that says, “This gift to the world, it’s time to bestow, answer my puzzle to discover where to go, find the location in the App where the food is on display… When the Colonel says hello, you’ll find out about my secret, but keep it to yourself.”

To make a purchase, download the app, choose your nearest store, tap “order,” and then drag the screen down when the menu appears.

Hold the screen for 11 seconds after the cartoon Colonel Sanders appears to reveal the secret menu.

What’s In The KFC Zinger Burger?

The KFC Zinger Burger, also known as the Chicken Burger, is a delicious fried chicken sandwich with a kick of “Zing!” for those who want it spicy.

Although chicken breasts can be used in this recipe, thighs work best. They’re extremely tasty, and the succulent chicken inside the crispy shell will melt in your mouth. The Zinger is created with 100 percent real chicken from U.S. farms, is USDA inspected for quality before delivery, and is free of added hormones, steroids, and food dyes, just like other KFC chicken.

This marinade not only permeates into the chicken, infusing it with taste, but it also ensures that the coating adheres evenly to the bird.

This burger sauce combines all of the top condiments into one convenient package.  Mayonnaise, ketchup, and mustard are combined, then a dab of white vinegar is added for the perfect zing!

Buttering gives the burger an extra layer of richness.

It offers a cool touch to your fried chicken, cutting through some oiliness.

Based on how it appears in KFC commercials, the Zinger does not disappoint. Some lettuce and golden brown crumbs from the chicken fall off the sides of the bun, making the burger appear big and thick. The chicken is the dish’s clear star, with its length and thickness exceeding the bread’s. It appears to be quite enough and would make a good lunch.

What Is The Difference Between Zinger And Mighty Zinger?

On the other hand, the original Zinger Burger is almost half the size, measuring around three and a half inches (8.89cm) across its tiny sesame seed buns. It simply has lettuce and mayonnaise, save from a smaller Zinger filet. To put it another way, the original Zinger fits nicely in one of our palms, while the Mighty Zinger required both.

The overwhelming flavor of smoky barbecue sauce lavishly spread on the bun greets Mighty Zinger.  While the sauce is rich and flavorful, it overpowers the flavors of the burger’s main attraction: a crispy, gently spicy chicken filet.

Meanwhile, the larger filet is meatier and juicier than the one in the original Zinger, and it has a pleasing crunch that pairs well with the soft oat bran buns. The bacon is scarcely discernible, but it does give a crisp bite to the dish.

You can easily finish a regular Zinger, but it isn’t easy to eat the Mighty offering.  Aside from its gigantic size, the original Zinger is a little less jelak since it has a more spicy edge, which balances all the richness. Nonetheless, Mighty Zinger is quite tasty and a great deal if you have the appetite of a teenage boy.

How Many Calories Are In The KFC Zinger Burger?

Is There Cheese On The Zinger Burger?

The Zinger is a batter-coated, fried burger served on a bun with lettuce, mayonnaise, and cheese.

What Does A KFC Party Bucket Contain?

What Is In A Zinger Meal?

Zinger Box Meal consists of two spicy hot wings, a 100% chicken breast Filet burger with extra Zing, a regular side, a drink and a regular fries.

KFC Zinger Burger is a delicious fried chicken sandwich with a kick of “Zing!” It is perfect for people who like medium-spice levels. Hopefully, with the help of our article, you now have in-depth knowledge of the Spiciness of KFC Zinger Burger. 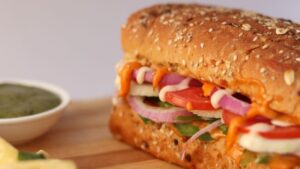 Why Is There No More Spicy Mustard in Subway? 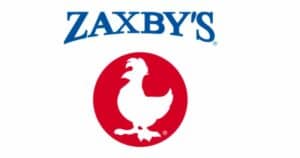 How Spicy Is Zaxby’s Insane Sauce? 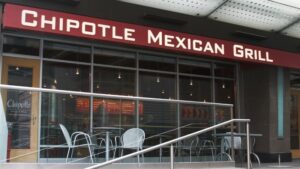 How Spicy is Chipotle’s Steak?