Even though most Asian countries share a spice palette, Japan, for some reason, is different. According to popular opinion, most Japanese foods are not spicy. However, does the lack of spiciness in Japanese cuisine mean an aversion to spices?

What does spiciness mean in Japanese culture, and how do the Japanese people preserve maximum taste and flavor in their foods without many spices?

Japanese foods are not spicy because cooking in Japan focuses on preserving the natural taste and flavor of food. As a result, most Japanese foods have a mild taste that expresses the traditional culinary ideology of harmony—Umami.

Also, the conventional system of serving one major staple like rice with several side dishes like broths creates a subtly decentralized yet harmonious blend of food flavors to yield the less spicy nature associated with most Japanese food.

Popular Japanese cultural opinion affirms that food with many spices ruins the natural taste. Also, some of the world’s most appreciated spices are either indigenous or adopted spices in Japan.

Furthermore, some Japanese food is influenced by Chinese culture and, recently, Western culture. So, you might ask, why is Japanese food not spicy? Let’s find out!

Hot and Spicy – ? What Do Spices Traditionally Mean for Japanese Cuisine?

Spices in traditional Japanese culture are flavor enhancers, and only little is required. As a result, Hot and spicy are less represented flavors in Japanese cuisine. Even though several spices exist in Japan, some foods are described as spicy, but the description does not refer to heat.

Therefore, in Japanese cooking, you only require enough spice to add a little kick to your food but not enough to create the feeling of hotness and even sweating.

Essentially, Japanese cuisines concentrate on expressing the harmony in high-quality ingredients that highlight tastefulness while allowing you to get the natural taste and flavor of what you’re eating.

The quality of preserving the natural flavor of food with a bit of spice to create a lingering flavor is called Umami and is a part of ancient Japanese culinary culture.

In addition, spices are used as condiments to prepare side dishes like stews, soups, broth, etc., traditionally served with the main staples like rice.

As a result, serving one major staple with several accompanying side dishes creates a less concentrated yet harmonious flavor leading to a less spicy meal.

Japanese spices are mild flavor-enhancing condiments used as seasonings to prepare most side dishes. Additionally, the most intense Japanese spices like Wasabi accompany most raw foods and vegetables to tone down the smell of raw food and fish.

Fortunately, Wasabi’s intense flavor doesn’t last long and easily dissipates since it is airborne. In general, Japanese food is neither too hot nor salty and allows you to taste the natural flavor of the food. Here are some:

Top Spices Responsible for the Mild Taste of Most Japanese Foods

Believe it or not, Wasabi is the most famous Japanese condiment, perhaps because it goes well with sushi. However, it is noted for its unique aromatic and intense flavor—probably the hottest Japanese flavor, but its intensity is fast fleeting and doesn’t last long.

Ponzu is a citrus-based sour sauce famous in most Japanese cuisine. It is made by extracting juice from most Japanese citrus fruits like kabosu, yuzu, seaweed, etc. It is slightly watery and serves as a Japanese type of soy sauce.

Shichimi Togarashi is also known as Nanairo Togarashi and directly translates in English as seven-flavor chili pepper or seven-color. It is a unique blend of seven different spices.

It is a popular Japanese seasoning agent for bringing on the famous Umami due to the harmonic combination of the seven spices.

Katsuobushi is a native Japanese condiment made from the fermentation of Skipjack tuna flakes with Aspergillus glaucus to reduce moisture content. It is paper-thin, almost transparent, and mainly used on Takoyaki.

Miso is fermented soybeans with salt and koji to form a thick paste for making soups and sauces in Japanese culture. Sometimes, they add other ingredients like barley and brown rice to enhance thickness.

Although rayu is available in most ramen shops, it is also for adding a little hotness to most Japanese dishes like rice and most noodle-based foods.

Below is a table summarizing the top mild Japanese spices you should know that give most Japanese cuisine less spicy taste and flavor.

The reason is that ancient Budhissim teaches balance as part of its traditional tenants. As a result, it seems pretty funny trying to maintain balance with a meal that makes you jumpy because of its spiciness.

Do the Japanese Use Spices in Their Cooking?

The Japanese use spices in their cooking. However, the Japanese regard Spices as food condiments and flavor enhancers rather than peppery and spicy. Examples of common Japanese spices include but are not limited to Wasabi, togarashi, shoga, etc.

What Makes the Flavor of Most Japanese Foods Unique?

Traditional Japanese cuisine focuses on harmonizing all flavors and does not seek to promote a particular taste or spice over the other. As a result, their concentration on the harmony created the fifth flavor known as Umami. Umami is a culinary ideology revered and poursued by most Japanese chefs as the ultimate goal for every meal.

Where to try the Best Japanese Food?

If you want to try and learn Japanese food culture, Omakase offers an excellent way to experience Japan’s culinary culture. Omakase focuses on sushi, sashimi, and other traditional Japanese dishes, The meal is an omakase-style dining experience where the chef chooses the dishes for you.

Let us introduce you to omakase with this article (recommended!)

Japanese food includes several traditional spices in its recipe. However, the culinary idea is not to concentrate on the spices but to combine them in the right proportions to create a harmonic blend that fulfills the fifth flavor, known as Umami in Japanese culture.

Therefore, Japanese foods are not spicy in the sense of hotness but possess a mild taste that lingers on your palate minutes after eating. 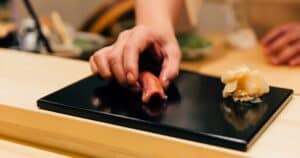 11 Most Expensive Omakase in KL (Kuala Lumpur Worth to try!) 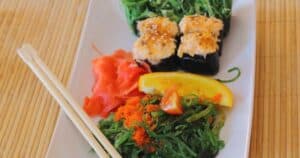 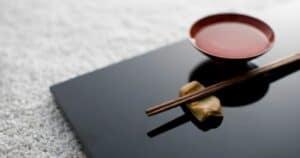 18 Most Expensive Omakase in Sydney (+Kaiseki)