It sounds scary, but cooking lobster lives an absolute must if you want to ensure that your seafood dinner is full of flavor and freshness. Live lobsters don’t have access to a food source, so they won’t start decaying as quickly as frozen or pre-cooked lobsters.

Why Should You Cook Lobster When Still Alive?

Cooking the lobster while still alive ensures all its flavors are locked in. If you wait to cook the lobster after it’s been killed, then some of those flavors will dissipate as soon as it dies.

If this still does not convince you, here’s why you should always cook lobster when still alive:

There’s nothing quite like the taste of a freshly cooked lobster. When you cook a lobster live, you ensure it’s as fresh as possible. On the other hand, if you buy a pre-cooked or frozen lobster, you risk it not being as fresh and flavorful.

You are cooking a live lobster lets you know exactly when it was caught, which is essential for both taste and sustainability reasons.

The texture of a lobster is just as important as the taste. And cooking a lobster live helps to preserve its natural texture. When you boil a live lobster, the heat causes the meat to contract, which allows it to stay tender and juicy.

If you were to cook a frozen lobster, the meat might become overcooked and rubbery. And no one wants a rubbery lobster!

This may not be the first thing that comes to mind when cooking a lobster, but it’s an important consideration. When you cook a lobster live, you ensure that it’s killed as humanely as possible.

Leaving live lobster dead before cooking is not a good idea since they can start to decompose quickly. And while there are other methods of killing lobsters, such as cutting off the antennae or piercing it with a knife, boiling them is considered by many to be a more humane way of doing so.

I know you’re caring and want to ensure the lobster doesn’t suffer needlessly. To that end, it’s important to note that there is some debate as to whether or not live lobsters feel pain when boiled alive.

The consensus among scientists is that while they may experience some reflexive response due to the heat, they are unlikely to feel any long-term pain or distress. And if you cook the lobster quickly, it will be over almost as soon as it begins.

It might feel hurtful for you, but if you want to eat lobster, cooking them live is the best way to go. You can ensure it’s cooked right and won’t suffer needlessly.

If you don’t want to cook it by yourself using service like LobsterAnywhere to deliver you pre-cooked lobster is also an option. Or visit the lobster restaurants to enjoy your seafood meal. Treat yourself to the best of the sea!

LobsterAnywhere - overnight Maine lobster delivery that guarantees freshness and flavor in every bite.

Order now and taste the difference
We earn a commission if you make a purchase, at no additional cost to you.

Now that we’ve covered the main reasons why you should cook lobster live, here are a few tips to make the process as easy as possible: 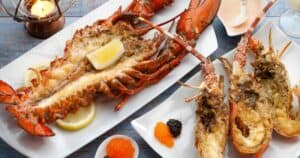 22 Best All You Can Eat Lobster Near Me 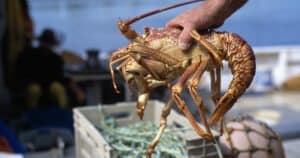 What to do with Fresh Lobster? (15 Recipe Ideas) 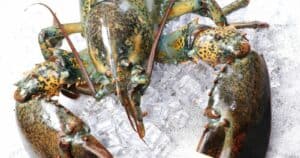 How Long Can Live Lobster Stay On Ice?