Enchiladas are a type of dish made by wrapping a filling in a tortilla and baking it in a sauce. Their sauce is made from oil, flour, and broth base that is seasoned with chili and ground spices like chili powder and cumin. Enchiladas can be filled with a wide range of meats, cheeses, beans, and vegetables.

The best enchilada sauce is made by sautéing dried spices in oil to bring out their rich flavors. To make the perfect enchilada sauce, you need to get the right. This article addresses the question, “How to Make Canned Enchilada Sauce Less Spicy,” as well as the delicious sauce’s health benefits.

Once you get your canned enchilada sauce from the store or wherever you choose to shop, you don’t want to just water it down with lemon juice or vinegar. You have to keep it warm so that it doesn’t start to get thick.

It becomes more difficult to incorporate whatever ingredient it is that you want to add once the sauce has thickened.

The first obstacle to overcome is maintaining a warm temperature for the sauce. When that is finished, you can move on to the next step, which is adding the ingredients. It could be vinegar, citrus juice, sugar, milk or peanut butter.

When adding the acid to the sauce (either vinegar or citrus juice), you will need to do so one spoon at a time while whisking the sauce. After that, you can taste it to make sure that the heat has been reduced.

Step 3: Use the Sauce to Prepare Other Meals

Once you’ve toned down the heat of your spicy sauce, you can put it to use in other recipes. You can make tacos, chicken enchiladas, and a variety of other dishes with enchilada sauce. You can also use it to dress foods like nachos.

The green enchilada sauce in a can is made with green ingredients like green tomatillos, green chilies, green peppers, and other enchilada-specific spices. Different companies make different green canned enchilada sauces. Some of these are the Las Palmas, the Zia Green Chili, and so on.

The table shows the nutritional content of a cup serving of Las Palmas green canned enchilada sauce (8.5 oz or 240.98 g). There are 100 calories in each serving.

You should take into consideration the enchilada sauce’s positive effects on your health when making decisions about how to eat healthily.

The fact that the sauce is high in calcium is a positive trait, given that calcium is known to aid in the formation and maintenance of healthy bones by making them more robust and reducing the bone loss that naturally occurs with advancing age.

Why are My Enchiladas Mushy?

Too much sauce on the tortillas will make them mushy. Avoid adding too much sauce to them. Ensure the cream in your enchilada sauce is not too heavy. It should be moderately applied to avoid mushiness.

What Is Typically In An Enchilada?

A typical enchilada sauce contains fillings wrapped in a corn tortilla and covered with a tasty sauce. It can be filled with meat, beans, dried fruits, cheese, potatoes, or vegetables. To make a perfect enchilada sauce, cook to your taste while following the recipe.

Can I Use Flour for My Enchiladas?

You can use flour to prepare enchiladas. However, corn tortilla works as a better option for enchiladas. Warm your tortilla to prevent it from falling apart, and carefully follow the recipe for a good enchilada sauce.

When we add ingredients to balance out our enchilada sauce’s heat, it cools down. With enchiladas and sauce that are made well, we have a mouth-watering treat to chew on. Now that you’ve reached the end of the article, we hope the question “How to Make Canned Enchilada Sauce Less Spicy” no longer leaves you in a dilemma. 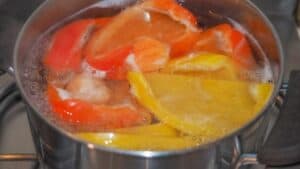 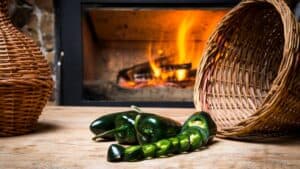 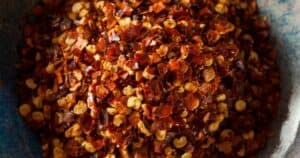 Are Red Pepper Flakes Good For You?