You may have had a meal and wondered what could have been the secret ingredient to give the food such flavor. Probably the food contained various spices or zest. However, both words are used to describe a relatively similar flavor, so what is the difference between spicy and zesty?

The main difference between zesty and spicy is that zesty foods have a pungent taste, while spicy foods contain spices, thus having a piquant and usually hot taste.

The Differences Between Zesty and Spicy Foods

The primary differences between spicy and zesty include how the zest and spices are used in the food and the ingredients used in making them.

For example, zest is used to season food, while spicy is used to garnish food. Thus, when one adds zest, the main aim is to heighten the flavors already used in the food. In contrast, despite using spices to add flavor, they are used as an embellishment to enhance the food’s appearance. For instance, garnishing the salmon salad with paprika or turmeric augments the food’s color.

Another difference is that zest is made from fruits like lemons, oranges, and citrus. It entails scraping the orange or lemon’s rind to use it as a flavor. In contrast, spices are made from various parts of the plants, such as roots, flowers, seeds, stems, and rhizomes. For instance, cinnamon spices are made from the Cinnamomum tree’s bark after it has been dried and ground into a powder.

How To Make Food Zesty

Making the food zesty means using the outer peel of citrus fruits, such as lemon and oranges, to add flavor to the food.

Let’s look at the different fruits you can zest, how to prepare a zest, and the suitable foods where zest can be used.

Fruits You Can Use to Zest

The main fruits you can use to zest are citrus, such as:

These fruits are good for zesting because their rind has a high concentration of the fruits’ essential oils. These oils provide the intense flavor people taste in the food. For instance, the citrus zest produces a floral sweet taste when added to the food.

How To Prepare a Zest

The primary tool you will require for zesting is a microplane.

It would be best to consider the Microplane Classic Zester (available on Amazon.com). The blade is designed to scrub the flavorful rind from the fruit, thus ensuring the zest does not contain remnants of the white pith.

Start by washing the fruits before cutting the nubs. Removing these nubs is imperative because they may obstruct you during the zesting process. Hold the microplane upside down with one hand and ensure the cutting teeth face your work surface.

Hold the fruit with your other hand, and starting from the microplane’s handle, grate the fruit from the top of the handle to the bottom. Rotate the fruit while grating until you notice the fruit’s white pith.

Ultimately, your zest will be collected in the microplane, allowing you to push it into a container.

However, you can use a box grater if you are not comfortable using the microplane. Thus, consider the OXO Good Grips Etched Box Grater with Removable Zester (available on Amazon.com). This grater has sharply etched stainless-steel surfaces that allow fast grating, and it has a removable zester that collects the zest.

The main pro tip when zesting is that you should be careful when grating to avoid mixing the fruit’s colorful part with the white pith because it may make your food bitter.

Suitable Foods Where Zest Can be Used

Zest adds flavor to various snacks, such as:

For example, adding zest to the lemon meringue pie ensures that it has the most lemon flavor possible. Key lime pie also benefits from lime zest.

Additionally, you can add it to various dishes, such as salads, sauces, and sorbets.

How To Make Food Spicy

Let’s look at the common types of spices, how to make homemade spice blends, and suitable foods where spices can be used.

The most common spices include the following:

Each spice provides a different taste to the food.

For example, peppers have a burning taste, while nutmeg has a warm sweet taste.

How To Make Homemade Spice Blends

You will need clean glass jars with lids and a coffee grinder before making your homemade spice blends.

For the coffee grinder, consider the COSORI Electric Coffee Grinder for Spices (available on Amazon.com). This grinder is fast and powerful, thus leaving your spices smooth, and it contains two separate bowls that allow you to separate the grinds of each spice blend.

Start by measuring the spices into a mixing bowl. It would be best to use the exact measurements for all the spices, but you can adjust them based on your preferences. For example, use one teaspoon as the standard measure for all your measurements.

Mix these spices with a spatula or teaspoon to ensure they are evenly mixed. Add the spices to the coffee grinder and grind them into powder. Lastly, transfer the spice blends into the clean jars and seal to keep them fresh.

Suitable Foods Where Spices Can Be Used

You can add spices to various types of food, such as:

For instance, if you are cooking beef, it would be best to add cayenne, ginger, mustard, and paprika. Additionally, those cooking rice can try saffron, turmeric, cumin, or chives.

Zest and spices are flavoring additives, but they are different. Their main differences are that:

Furthermore, their preparation is different since each flavor requires different ingredients and tools. Thus, one should add either of the two flavors based on their desired taste. 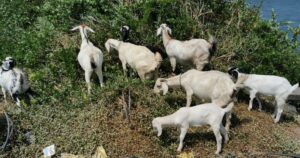 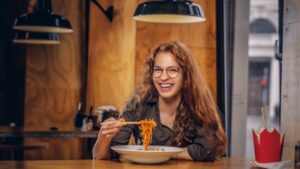