Tabasco hot sauce is a famous brand of hot sauce made from chili peppers. McIlhenny Company of Louisiana produces it. The company was founded in 1868 by Edmund McIlhenny, who first used Tabasco peppers to make the sauce.

It’s the hot sauce you can find at stores around the world. The distinctive red bottle with a green cap is easily recognizable.

I enjoyed the original version of Tabasco, but today, I would like to try Tabasco Buffalo-style hot sauce.

I found the Tabasco Buffalo-style hot sauce quite vinegary with a kick of heat from the cayenne peppers. The taste was not particularly pleasant when eaten without dipping chicken wings, as it was pretty sour and salty. However, I think it would be a good option for marinating meat in buffalo style as the intensity of the sauce’s flavor would help to bring out the taste of the meat.

Packaging: It looks like the original Tabasco sauce, but the difference is in the label. The color is brown with “buffalo style hot sauce” under the brand name. Plus, the buffalo graphic on the front is excellent and Eye-catching. I think it’s a charming touch that makes the sauce stand out from other hot sauces on the market.

Aroma: When I first unscrewed the cap, I could smell the vinegar. Then, as I got closer to smelling it, I started to smell the cayenne peppers.

Texture: I was hesitant to try the new sauce, but I’m glad I did. The color is purely red, and it’s so pretty in the bottle. It’s a perfect consistency- not too thick or too thin. And it’s denser than the original, which I like.

Taste: The taste of the sauce is vinegary with a kick of heat from the cayenne peppers. The taste is very sour and salty when eating without dipping with chicken. I can also taste the garlic. I think it might not be a good taste for general dipping that we tend to eat with a large amount of dipping sauce because the flavor is sour and salty until the expression comes out.

But it is very suitable to marinate meat in buffalo style because the intensity of the sauce’s flavor helps to bring out the taste of the heart as well. The vinegar and salt help to tenderize the meat, while the spice from the peppers gives it a nice zing. Overall, I enjoy this sauce and will continue to use it for buffalo-style chicken dishes.

Heat level: If you’re looking for a chili sauce that packs a punch, this isn’t it. Even though the official Tabasco website rates this product at 300 – 900 Scoville units, it’s relatively mild. It has a good balance of acidity and sourness, and the garlic and vinegar come through nicely. You might get a slight burning sensation after eating it, but it’s nothing compared to the searing heat of other chili sauces.

It’s a decent sauce, but you’ll be disappointed if you’re looking for something with more of a kick.

Overall: If you’re a fan of buffalo wings, you know that the sauce is key to the flavor. And if you’re looking for a good buffalo sauce, I think this product is a great option. It’s got the right balance of heat and flavor, and it can give your dishes a boost. Of course, you’ll need to use your creativity in the kitchen to get the most out of it. But if you’re willing to experiment, I think you’ll be pleased with the results. So if you’re looking for a good buffalo sauce, give this one a try. I think you’ll be delighted you did.

Tabasco buffalo-style hot sauce can be used in various dishes to create a buffalo flavor. Here are some ideas:

What is buffalo wing flavor style?

Buffalo wing flavor style is a famous sauce often used as a dip or flavoring for chicken wings. The sauce is made from cayenne pepper, vinegar, and melted butter. A variation of the sauce also includes blue cheese dressing. Buffalo wing flavor style is popular in the United States and Canada. The sauce is also used in other dishes, such as buffalo chicken pizza and wraps.

Where can you buy Tabasco Buffalo Style Hot Sauce?

Tabasco buffalo-style hot sauce is available at most grocery stores. It can also be purchased online from the Tabasco official website or Amazon.

Buy Now
We earn a commission if you make a purchase, at no additional cost to you.

What is a good substitute for Tabasco Buffalo Style Hot Sauce?

If you can’t find Tabasco Buffalo Style Hot Sauce, you can use another hot sauce with a similar taste. Some hot sauces with a vinegar base and cayenne peppers include Louisiana-style hot sauce, Texas Pete hot sauce, and Frank’s RedHot sauce. You can also make buffalo sauce by mixing the hot sauce with melted butter and vinegar.

The Tabasco Buffalo-style hot sauce is a vinegary sauce with a kick of heat from the cayenne peppers. It is not particularly pleasant when eaten without dipping chicken wings, as it is pretty sour and salty. However, it would be a good option for marinating meat in buffalo style as the intensity of the sauce’s flavor would help to bring out the taste of the meat. 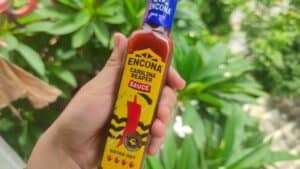 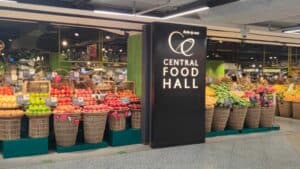 Spicy Sauce and Seasoning You Can buy at Central Food Hall 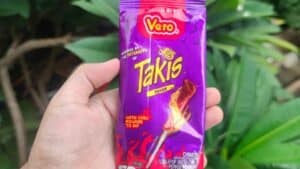