Bell peppers are also known as sweet peppers. They come in various colors, such as red, yellow, orange, and green, which are usually unripe. They contain few calories, and are rich in antioxidants and vitamins, notably vitamin C, and can be either eaten raw or cooked. Now, do bell peppers cause gas?

Most carbohydrates are usually difficult to digest in the stomach, and this is probably due to bacteria in the small intestine. Thus, gas is produced as a result. This gut fermenting carbohydrate eventually leads to stomach issues.

Why Do Bell Peppers Cause Gas?

There are various factors that contribute to this. However, one of the most reasonable explanations is that it is due to a sensitivity to a carbohydrate called fructose. The presence of carbs in bell peppers carries mostly sugar (glucose) and fructose. Fructose is usually absorbed in the small intestine, but for some people it causes an intolerance.

This intolerance is a result of the release of hydrogen and methane gases, which cause pain, bloating, and diarrhea.

How to Handle Gas Caused by Bell Pepper

If you experience certain discomfort in your stomach as a result of a reaction to bell peppers, there are some things you could do to help yourself.

Take peppermint tea; it contains dietary supplements and is also refreshing. There are also supplements made with anise, caraway, coriander, fennel, and turmeric. They can be useful in reducing the effect of gas in the stomach.

Antacids & Tablets Can be Helpful

Antacids containing simethicone are usually helpful in freeing up gas bubbles in the stomach, thus making it easier to burp away. Another helpful way is by taking tablets. Charcoal tablets may also be helpful if swallowed before and after meals.

Ice cream, milk, cheese and bread are good dairy products that can reduce gas frequency in the stomach after bell pepper has been consumed. Starchy meals are also quite helpful in settling the stomach after a spicy meal is consumed.

There are a number of health benefits to eating a piece of bell pepper (specifically red bell pepper), including:

Stacked With Vitamins and Minerals

Bell peppers contain vitamins from vitamin C, to vitamin B6, Vitamin K1, potassium, folate, Vitamin E, Vitamin A. These vitamins, in one way or another, contribute to the nutritional value of bell peppers.

For example, Vitamin E is a powerful antioxidant, and Vitamin K1 helps in preventing blood clotting and arthritis, amongst others.

Degradation of eye health and cataracts are sometimes the main causes of visual impairment. Also, there are the aging and infection factors. However, nutrition may play a very vital role in aiding and also controlling these ailments.

It has been established that the consumption of lutein and zeaxanthin, both of which are found in the bell pepper, can improve one’s eye health when the appropriate amounts are consumed.

Reduces the Possibility of Anemia

Anemia occurs as a result of a lack of oxygen in the blood. Bell peppers are remarkably rich in vitamin C and also contribute a modest amount of iron. Half a pepper supplies as much as 100 mg, and this is significant because vitamin C increases the absorption of iron in the body.

Antioxidants are found in bell peppers, and antioxidants have been linked to both improved health and increased defense against disease. Cancer and heart conditions can both be avoided by consuming antioxidants.

They provide significant amounts of polyphenols as well as quercetin and capsanthin. Because they contain antioxidants, bell peppers have potent anti-inflammatory properties, and they also reduce the risk of developing chronic diseases.

Because they contain polyphenols, pepper plants are good for maintaining healthy blood sugar levels. This plays a significant role in lowering the likelihood of developing diabetes.

Some Side Effects of Bell Pepper

As with its nutritional benefits, there are some side effects that take place when bell pepper is consumed. Let us analyze them one after the other.

Food allergies occur when there is an abnormal reaction to the properties or elements in certain foods. Although bell pepper is not totally known as a food allergen, it is possible that the intolerance experienced after its consumption is a direct immune response.

Peppers belong to the vegetable family known as nightshades. Nightshade is a family of plants that includes tomatoes, peppers, tobacco, potatoes, and eggplants.

These plants are capable of causing irritation or intolerance. This could trigger allergies and some uneasy experiences like digestive issues after eating the food or breathing problems and sometimes a rash.

Are Bell Peppers Safe for Everyone?

For most people, bell peppers are a healthy dietary addition, but for some others, it isn’t. This is because it may trigger an allergy or some discomfort, so it is much better to avoid them.

What are Other Ways to Cook Bell Pepper?

What are the Plant Compounds in Bell Pepper?

Some plant compounds in bell peppers include – capsanthin, violaxanthin, lutein, quercetin, and luteolin. These compound elements contain antioxidants which are good for the eyes and also fight against disease and ailments.

How Often Should You Eat Spicy Chips? Can You Eat Daily? 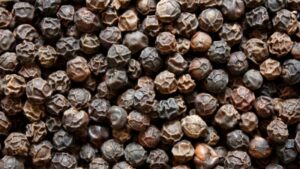 Why Does Black Pepper Make My Mouth Burn? 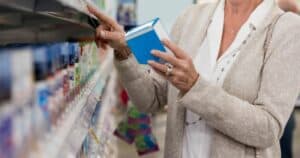