We admire an excellent bite when it comes to a chip as spicy fans, but how hot is too hot? The One chip challenge flooded the internet with thousands of videos of spicy food enthusiasts participating, and the results are hilarious! The chip often leaves participants red-faced and sweaty, if not in a full panic, but how long do these effects last?

The effects of the spicy chip usually last between 10 minutes and several hours, depending on how sensitive you are to spicy foods. Many participants in the one-chip challenge suffered long-term side effects such as nausea, vomiting, and diarrhea within the first 3 hours after eating the chip.

This Spicy Chip stunned many brave challengers worldwide and continues to get spicier year after year! The rest of the article will discuss common questions surrounding the Paqui spicy chip.

What Are the After Effects of the One Chip Challenge?

Known as the spiciest chip globally, the Paqui Chip is indeed a danger zone for your taste buds. Many brave souls worldwide took on the challenge to test whether this is the hottest chip on the planet. Unfortunately, this grim reaper bestowed some effects on the bodies of many.

The after-effects of the Paqui Chip include burning and cramping in the stomach, which can be accompanied by nausea and vomiting. Excessive sweating and spikes in blood pressure get reported often after the effect of this chip of fury.

With so many after-effects and the fact that this chip can almost literally burn your face off, many aspiring participants often worry about whether this lava-fueled chip is safe?

Is the Paqui One Chip Challenge Dangerous?

Unfortunately, not all participants in the one chip challenge were lucky enough to make it through the challenge conscious and feeling well. This news raised many red flags for many parents and spicy food lovers, causing speculation on whether this chip is safe to eat.

The Paqui chip is technically safe to eat for persons with a high tolerance for spicy foods. However, there were cases where a few participants suffered from severe side effects, which cost them a visit to the emergency room.

The label on the packaging does warn users about the possible dangers of eating the chip and should be taken very seriously. Even though the chip is edible, the adverse side effects can restrict blood vessels and cause other severe reactions.

The reports on people fainting and suffering dangerous side effects are low but are a good indicator of the potential for something to go wrong. There is speculation that the participants who suffered severe effects most likely had underlying conditions or extreme sensitivity to the ingredients.

What Is the One Chip Challenge?

In 2016 Paqui released its very first one-chip challenge. And although there was limited stock of this challenge, the popularity rocketed through the roof and convinced Paqui to bring it back annually.

The one-chip challenge only has 1 rule, eat the chip and see how long you can last. The package comes with one chip and instructions to film yourself while doing the challenge. They encourage participants to post their videos on social media and use the #onechipchallenge tag.

With a challenge this easy, you can’t possibly lose, right? You’d be surprised if you knew what this single tortilla chip has in store for you. Paqui One Chip Challenge 2022 Buy Now
We earn a commission if you make a purchase, at no additional cost to you.

What Is the Paqui Chip Made Of?

Since this is the hottest chip globally, you might think that this taste bud burning tortilla was created in a chemical lab. But that is far from the truth, and this Franken chip is much closer to nature than many might suspect.

The Paqui One Chip challenge is a single tortilla chip made from blue corn and sunflower oil. The spicy part comes in the seasoning, the deadly combination of Carolina reaper pepper, scorpion chile pepper, and a dash of sea salt.

When you combine all these ingredients, you get the famous Paqui chip. This chip has sent grown men home crying and weeping for something to soothe the fire in their mouths, throats, and digestive tract.

How Hot Is the Paqui Chip?

Spicy foods get measured in a unique unit called Scoville, which can give scientists and spicy food lovers an indication of how hot the food is. According to Paqui, the One Chip Challenge does not have an official rating on how hot the chip is, but there are some numbers to give you an idea of what you’ll be getting yourself into.

The estimated Scoville rating for the Paqui chip is about 1.45 million Scoville! With Carolina Reaper Peppers receiving a whopping Schoville rating of 1.7 million and the Scorpion Chile Pepper a rating of 1.2 million, you can imagine the amount of fire you will breathe after eating this chip.

With such a hot chip on the market, any spice lover can get tempted to try it, especially if you are a spicy food enthusiast like me. Whether it is safe, you might need to think ahead before attempting this gruesome challenge.

How To Prepare Yourself for the One Chip Challenge

Once you have decided to participate in the one-chip challenge, you probably want to know all there is on the paqui chip. And this includes how to prepare for the challenge. You can prepare yourself for this spicy challenge by following simple and easy tips to help prepare your body and avoid any unnecessary burning.

Now that we understand and know why the paqui spicy chip is so hot, we can also better understand why the effects of the one-chip challenge last long after the challenge is over. A Scoville rating of 1.45 million is not something to joke around with.

Many participants will also testify that this might be the hottest thing on the planet next to California Reaper Peppers. Although this seems like a harmless challenge, the warning on the packaging is not there for no reason, and a few unlucky challengers have suffered severe side effects from this challenge. 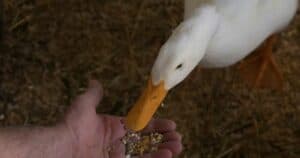 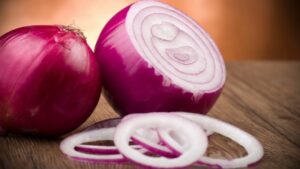 How Spicy Are Onions? 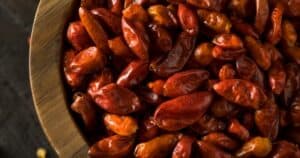