Some of us love a bit of hotness to liven things up when it comes to food. However, others may not be so keen to be too adventurous with their food’s heat levels for fear of “burning” their mouths and might prefer to have creamy or savory flavors for stimulation instead. Regardless of where you stand, spice lovers should know what level of heat they like.

You can categorize spiciness as spicy, medium, or mild. There’ll always be a kick in spicy dishes, but not so much in mild ones. It’s medium and mild dishes that often confuse people. Mild cuisine generally lacks spicy components. A medium dish will, however, produce some heat.

Read on to learn more about the key differences between mild and spicy foods. You’ll also learn more terminology and a little history on the measurement of heat in food.

What’s the Difference Between Mild, Hot, and Spicy?

Over time, “spicy” and “hot” have been taken to mean more or less the same thing. When a dish produces heat, we often say it’s spicy. However, spicy and hot are not different levels of the same quality: they are different qualities altogether.

Spicy refers to the taste produced by the spices used in a dish. Hot and mild refer to the amount of heat produced by food. Mild produces little to no heat, while hot food produces a lot of heat.

A dish can be spicy without being hot. For example, gingerbread is considered spicy because it spices—mainly ginger—produce a strong flavor. However, it would be a hard sell to call gingerbread “hot” in the same way a chili pepper is.

Meanwhile, a dish that has been seasoned only with chili peppers will definitely be hot, but not necessarily spicy.

“Mild” is usually taken to mean as producing low amounts of heat or none at all. However, sometimes saying that a dish is mild may also imply that it isn’t spicy—that is, that it isn’t strongly flavored by spices.

Dishes like Vindaloo curry from India or Tom Yum Goong, a seafood soup from Thailand, are considered both spicy and hot. They have varying amounts of red chilies mixed with an assortment of spices and herbs.

On the other hand, French cuisine is generally mild with its rich and creamy flavors. Some unexpected dishes get classified as mild, too. Some Indian curries, like korma, for example, have nutty and creamy qualities to them without any level of heat.

Is Spicy a Taste?

Spicy, when referring to hot food, isn’t a taste. The sensation experienced from hot food is caused by a component called capsaicin, which interacts with receptors in the tongue that detect heat.

Hot food is considered to have a sensation of heat rather than an actual flavor. This has led some people to think that they could be doing damage to their stomach or intestines by eating fiery dishes. However, experts believe that the sensation of heat could all be in the mind.

Chilies and other hot foods produce a chemical that fools the brain into thinking it’s in pain. As we train ourselves to become more tolerant to the heat, a love for spicy food may eventually become an acquired taste. It’s especially true for those of us descended from areas where mild food is the norm.

As I explained, calling food that produces heat “spicy” isn’t entirely correct. Strictly speaking, a spicy dish is a dish flavored with spices. Unlike the hotness in chili peppers, spices do produce flavors. However, because each spice is different, there isn’t one “spicy” flavor.

Named after its inventor Wilbur Scoville, the Scoville Scale measures the heat caused by capsicum in food. This scale uses Scoville Heat Units (SHU) as its measurement. Chilies toward the top of this scale make for extremely hot dishes.

The Carolina Reaper chili is found at the top of this scale. It measures a whopping 1.5-3 million SHU.

More common chili peppers, like jalapeños and cayenne pepper, measure somewhere between 2,500-50,000 SHU. This makes them good peppers for finding the right balance between mild and heat.

On the other hand, a regular bell pepper measures only 100 SHU, which is undoubtedly mild.  This makes bell peppers commo in mild cuisine. Making hot dishes with them is also possible, but they’ll give the recipe a sweet note rather than add heat. You won’t find hot chili peppers in any mild dish.

There’s a belief that by cooking with chilies at the bottom of the Scoville scale and working your way up, you can slowly introduce yourself to the wonders and complexities of the chili pepper.

Absolute noobs to fiery delights can start at the bottom and munch on mild chilies, like banana peppers. From there, you can work your way up to more medium spicy peppers like jalapeños.

This point of spiciness may be far enough for some, but if you’ve acquired the taste for it, then moving on to the really spicy peppers will truly help you understand the differences between spicy and mild. Cayenne pepper and bird’s eye chilies will be the next logical step. However, you can be forgiven if you think this is far enough!

What’s the Difference Between Pungent and Piquant?

Pungent is a word that describes something with a strong flavor. For example, spicy food is pungent. You can describe less spicy dishes as piquant. Some less spicy curries or mustard sauces and such are delectable and piquant.

Sichuan hot pot or kimchi are both pungent dishes. They’re going to give you heat and make you sweat!

However, it’d be best if you didn’t use either of these words to describe mild dishes. Pungent and piquant dishes will give some heat reactions. A mild dish has zero or an unnoticeable level of heat.

What Are the Most Common Spicy Dishes?

If you’re just starting out on your heat-fuelled journey into food, you may want to know what the most pungent dishes are for you to try (or avoid!).

The most common spicy dishes can be found in Sichuan cuisine from China, Korean food, Thai food, Indian curries, and Mexican food. Some examples are the Sichuan Hot-Pot, the Kimchi Jjigae, and the Spicy Goanese Curry Vindaloo.

What Are the Most Common Mild Dishes?

The most common mild dishes can be found in European cuisine. Some foods, like Spanish chorizo, contain paprika or other spices. Still, most European dishes won’t go beyond medium, with most of them falling in the mild range.

British and German foods will typically be savory or sour dishes, with French and Italian being creamy and rich.

Fiery chilies aren’t for everyone. However, you can train yourself to like them if you’re curious about opening your world to hot cuisine.

After becoming obsessed with sweating and burning at every meal, it can feel lacking to indulge in mild food again.

However, there are many renowned mild dishes that you can eat for a change. It may seem like you’re cheating on your favorite fruit, but variety is the spice of life! 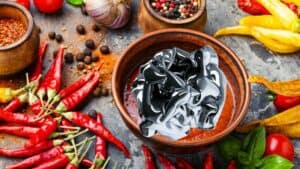 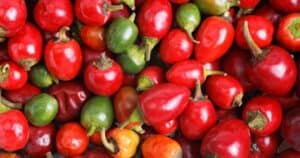 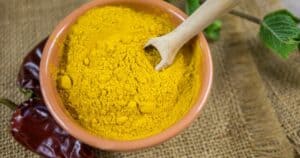 What are the Best Spicy Curry Powder Substitutes?