Even if we try to avoid it as much as possible, lobsters can die in transit, in your holding tank, or while in storage. It may seem weird, but if a live lobster dies at home or in stores and you want to eat it, you can eat it.

But wait, you should know that eating a dead lobster can be risky—it safety to cook them and consume them within 2 hours of the lobster’s death. Keeping them in the refrigerator(below 40°F)can be safe for up to 24 hours, but it is not recommended.

When a lobster dies, the bacteria level will start to increase rapidly—which can cause food poisoning if you eat them raw or even cooked if the temperature isn’t high enough. Therefore it is essential to cook that dead Lobster at least 145°F (63 °C ) to kill the bacteria.

I will provide you with more information about this; first, let’s look at signs before lobsters died and how to tell if they are dead or alive.

How Can You Tell if a Lobster is Dead or Alive?

Before lobsters dead, you will see them start to become sluggish, some of them have foaming at their mouth, and their colors begin to fade; they are also significantly less active than before. If you are unsure whether the lobster is alive or dead, there are a few things to look for. There are a few key ways to tell if a lobster is dead or alive:

What Should You Do if You Find Out Live Lobster is Dead?

If you find out that the lobster is dead, you can still cook and eat it. However, you must cook the lobster thoroughly and consume it within 2 hours of its death. Any longer than that increases your risk for food poisoning.

It is also good to check the quality of the dead lobster before cooking. If it has discolored spots or smells bad, it’s best not to risk it and throw it away.

Why shouldn’t you eat a lobster that is dead?

When a lobster dies, autolysis (the breakdown and decomposition of the muscles) can lead to the formation of bacteria that can make the lobster unsafe to eat. The bacteria also snowball, producing toxins that can make you sick.

Additionally, the dead lobster’s flesh can become mushy, stringy, and discolored—all of which indicate a decline in quality.

If you want to freeze them, it is important to know that freezing can help reduce bacteria growth but does NOT kill bacteria. Just extend the period from 2 hours up to 24 hours. And it may be risky to any ingredients you store them in. So it is best not to freeze them if you don’t have the necessary precautions. Treat yourself to the best of the sea!

LobsterAnywhere - overnight Maine lobster delivery that guarantees freshness and flavor in every bite.

Order now and taste the difference
We earn a commission if you make a purchase, at no additional cost to you.

How to Safely Cook a Dead Lobster

Before cooking, you need to check for signs of decay. Some key indicators of decline in a lobster include:

If the lobster exhibits any of these signs, it is unsafe to eat and should be properly disposed of.

If the lobster appears in good condition, the next step is to cook it thoroughly. The heat of the cooking process will kill any bacteria or pathogens present in the lobster, making it safe to eat.

Other keys for safety tips include:

By following these tips, you can safely cook and enjoy a dead lobster. Enjoy! 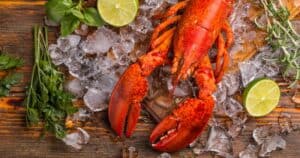 Why Do You Have To Cook Lobster Live? 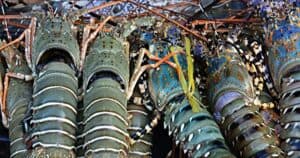 Can You Buy Lobsters The Day Before? (And How To Keep Them Fresh) 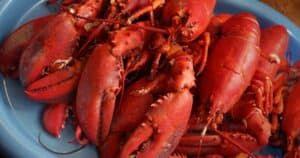 Can You Cook Lobster a Day in Advance?